This weeks is busy with family birthdays and so on, so not much to report apart from a few new purchases. At the semi-localBonnie Dyrecenter Viborg, one of Denmarks best shops, I found some Nannochromis that are either pariulus or nudiceps. I need to have a closer look. I also found some nice Pelviachromis taeniatus. These are the first African cichlids I have kept since the classic Kribensis when I was around 10! So definately something new for me.

I also spent a day at Denmarks biggest auction in Viborg where 799 lots went past. I only went home with some Tanichthys micagemmae and Corydoras CW21 but there were loads of different fish and prices going up and down with Corydoras CW9 going for up to 10 euros each!

Pictures of all the new fish will come at some point, but not this week. I have made a short description of my breeding of Danio margaritatus in the hope it can be helpful to someone:

After it's discovery in 2006 and exposion to the world by Kamphol Udonritthiruj on the, at that time, fantastic website www.petfrd.com, this little fish soon became very hyped and the locality where it was found was almost ruined completely.
Luckily it was also found elsewhere and proved quite easy to breed. I myself got hold of some of the first specimens to enter Denmark and soon had them breeding. I've been breeding the species on and off ever since.

The breeding is done quite easily; a group of fish of both sexes is placed in a bare-bottom 16 litre tank with a sponge filter and a mix (50/50) of rain-and tapwater around 20C. Food is mostly live bananaworms and Artemia nauplia. In summertime also Cyplops and small Daphnia. Live foods make less of a mess in the tank according to my observations.

Every day (or every other day) the moss is shaken gently and the eggs can be seen as little glass pearls on the tank bottom. The eggs are removed with a length of air-tube and the eggs incubated in a small box with water from the tank and a small piece of Cattappa-leaf. After a couple of thays the fry hangs all around the box and a further couple of days sees them free-swimming. I few them dried egg-yolk and JBL Nobilfluid until they are large enough to feed on bananaworm and Artemia-nauplii. 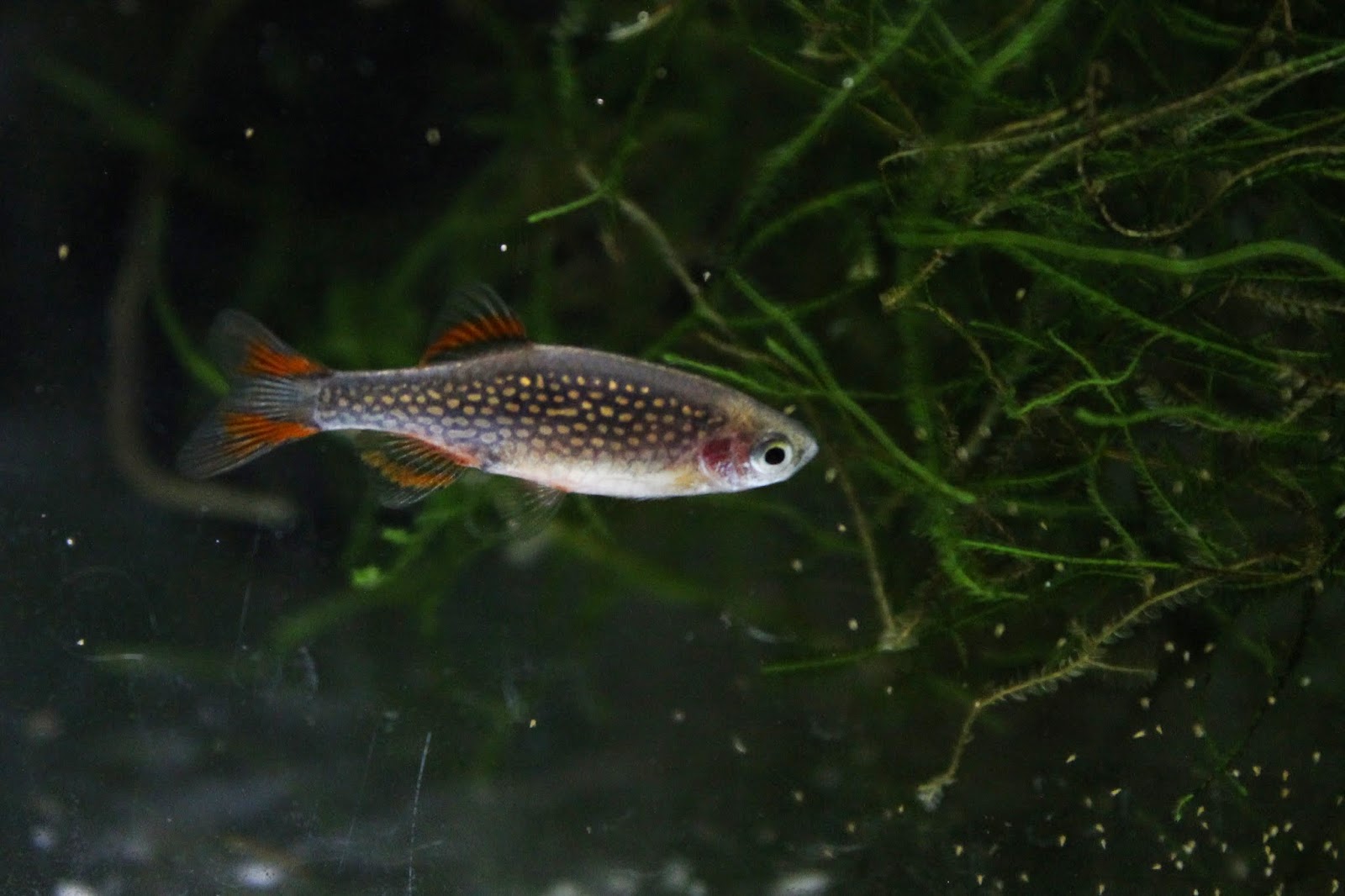 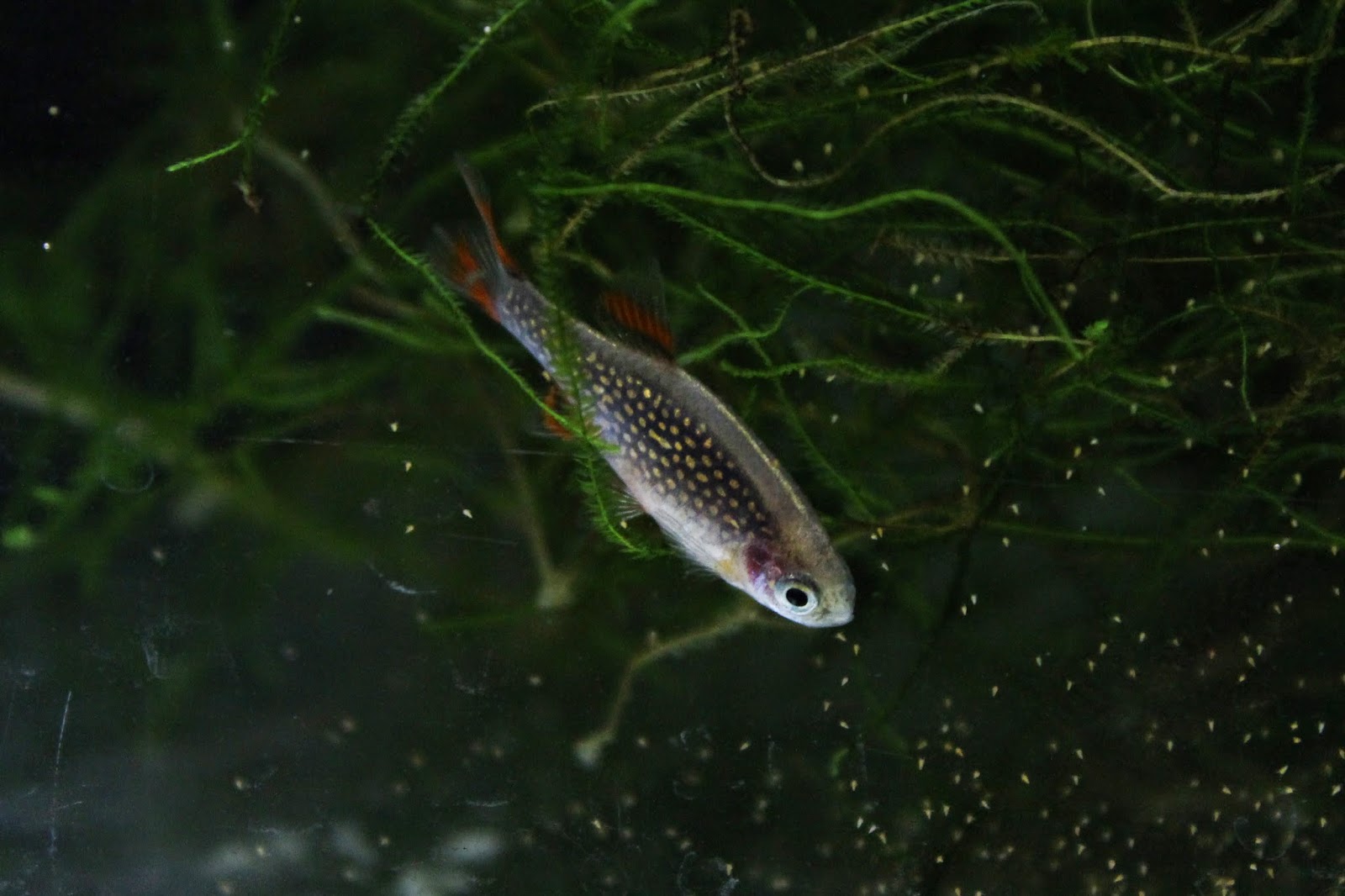 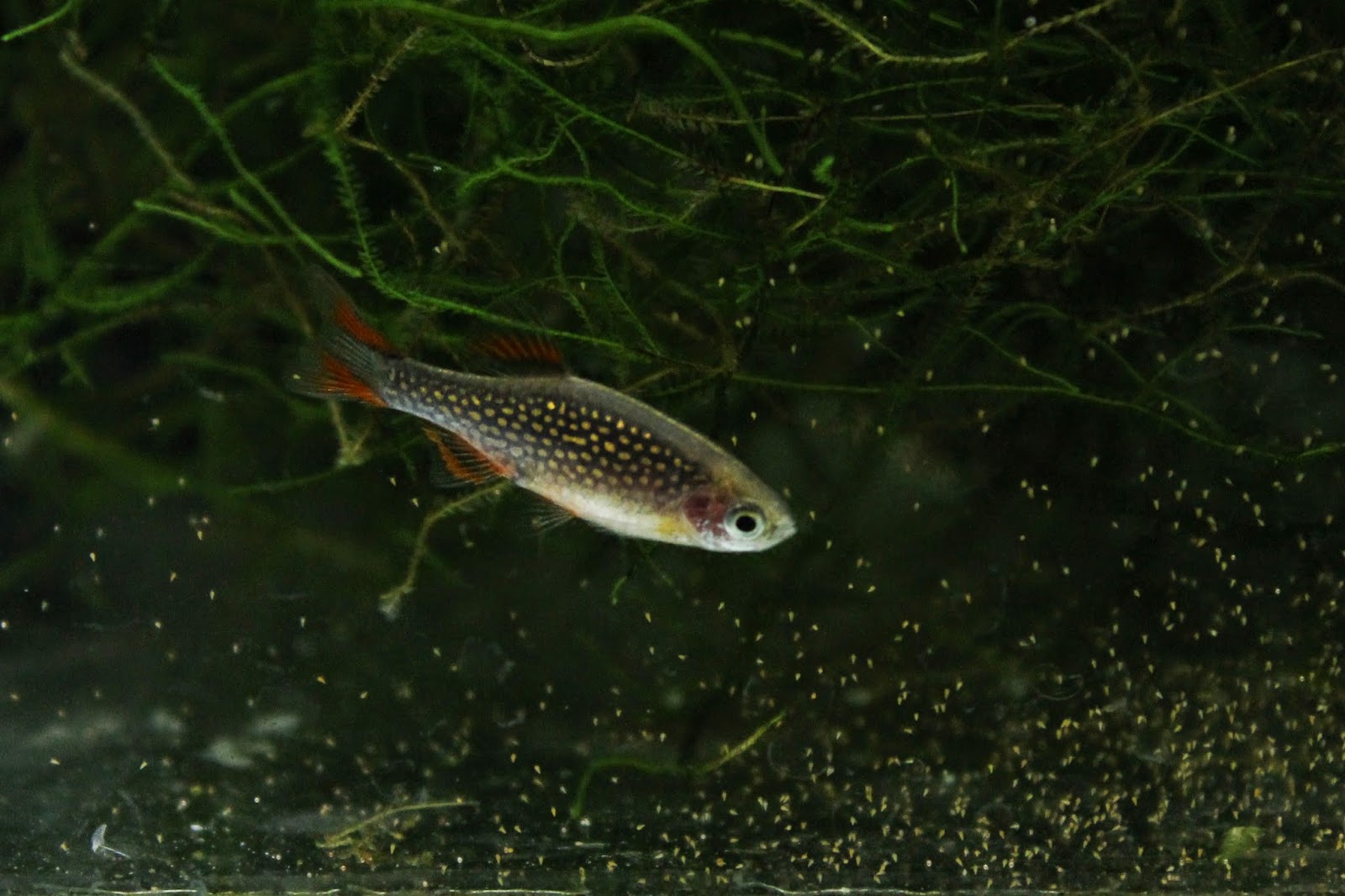 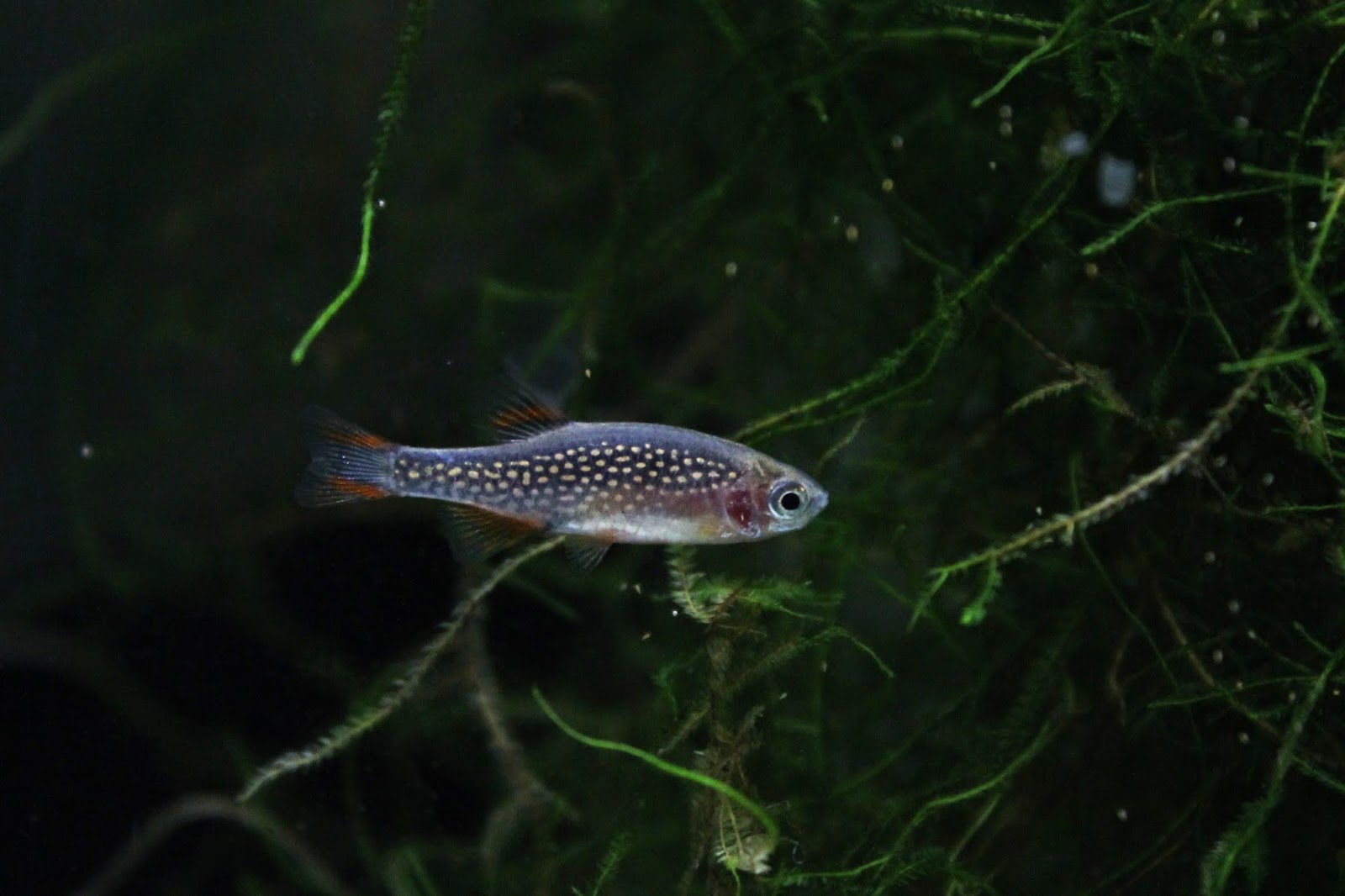 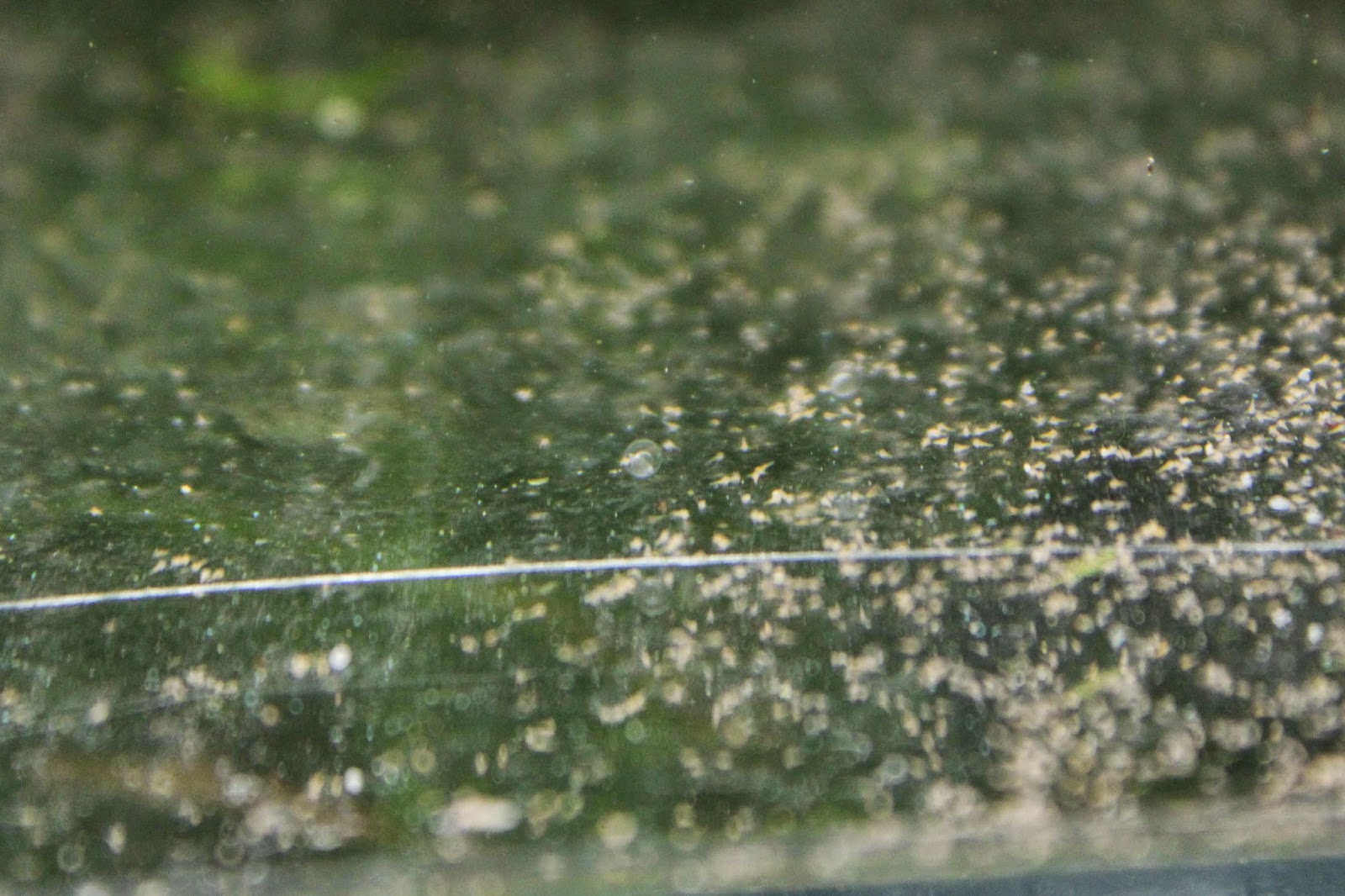 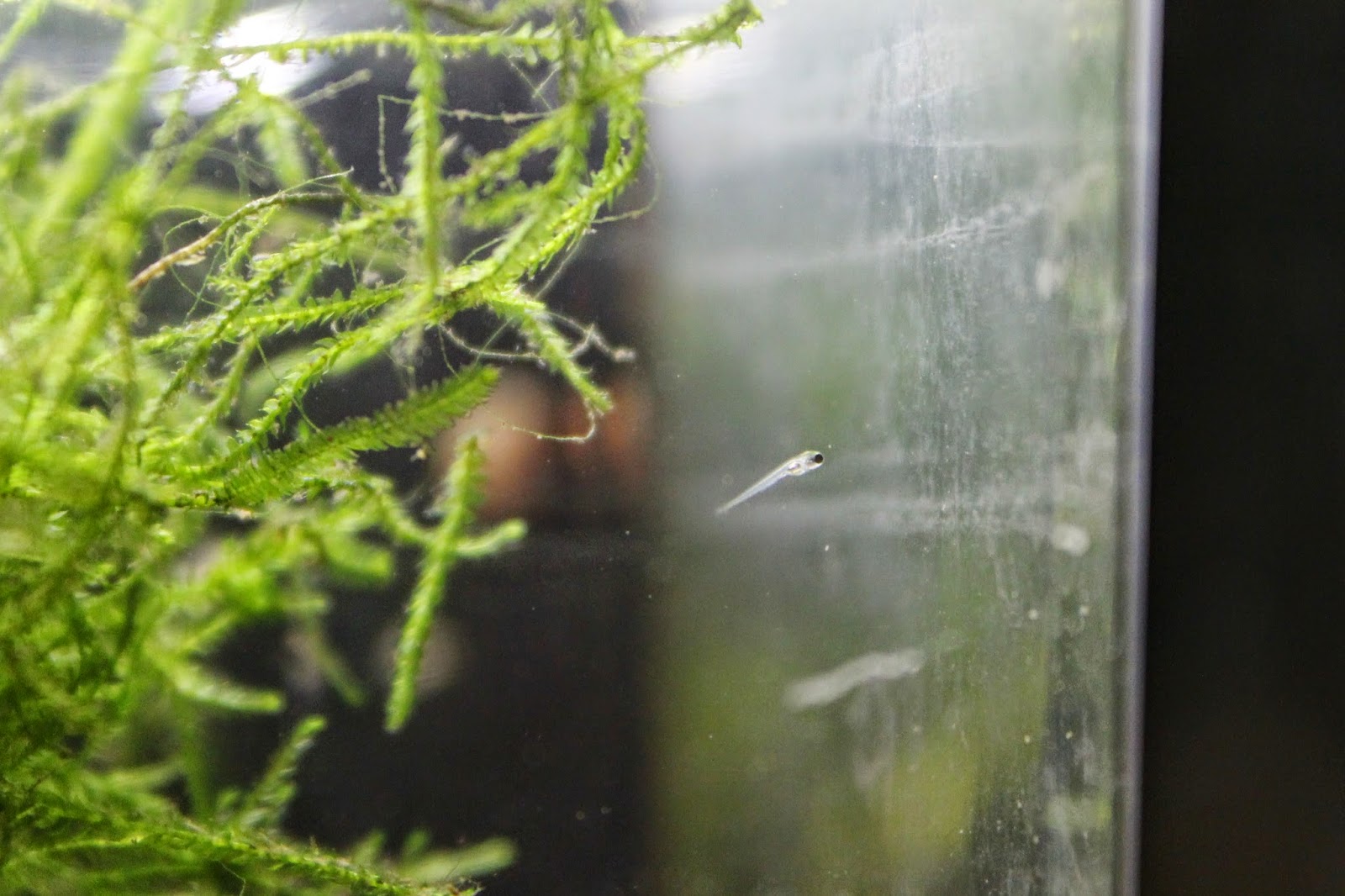 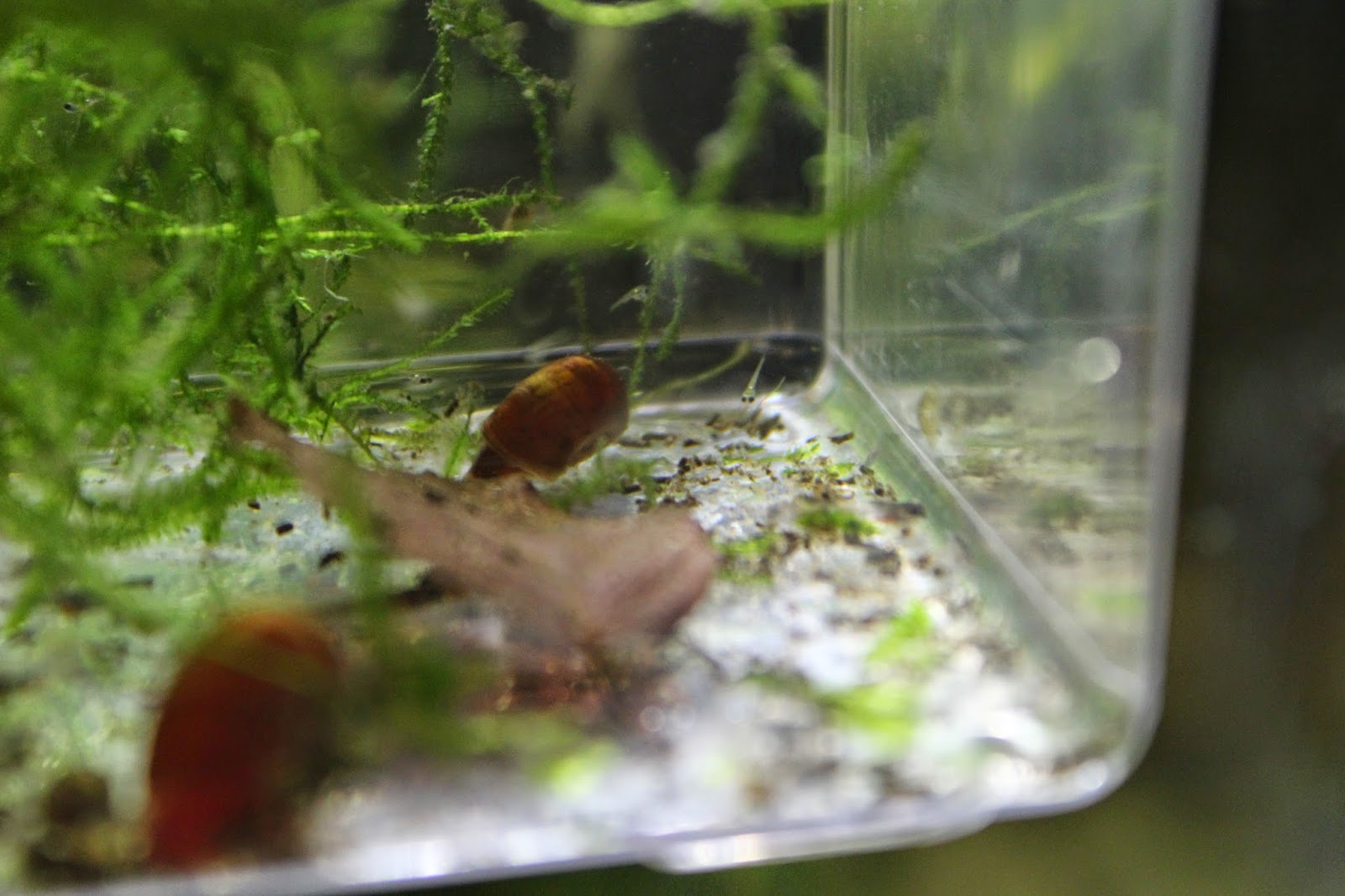 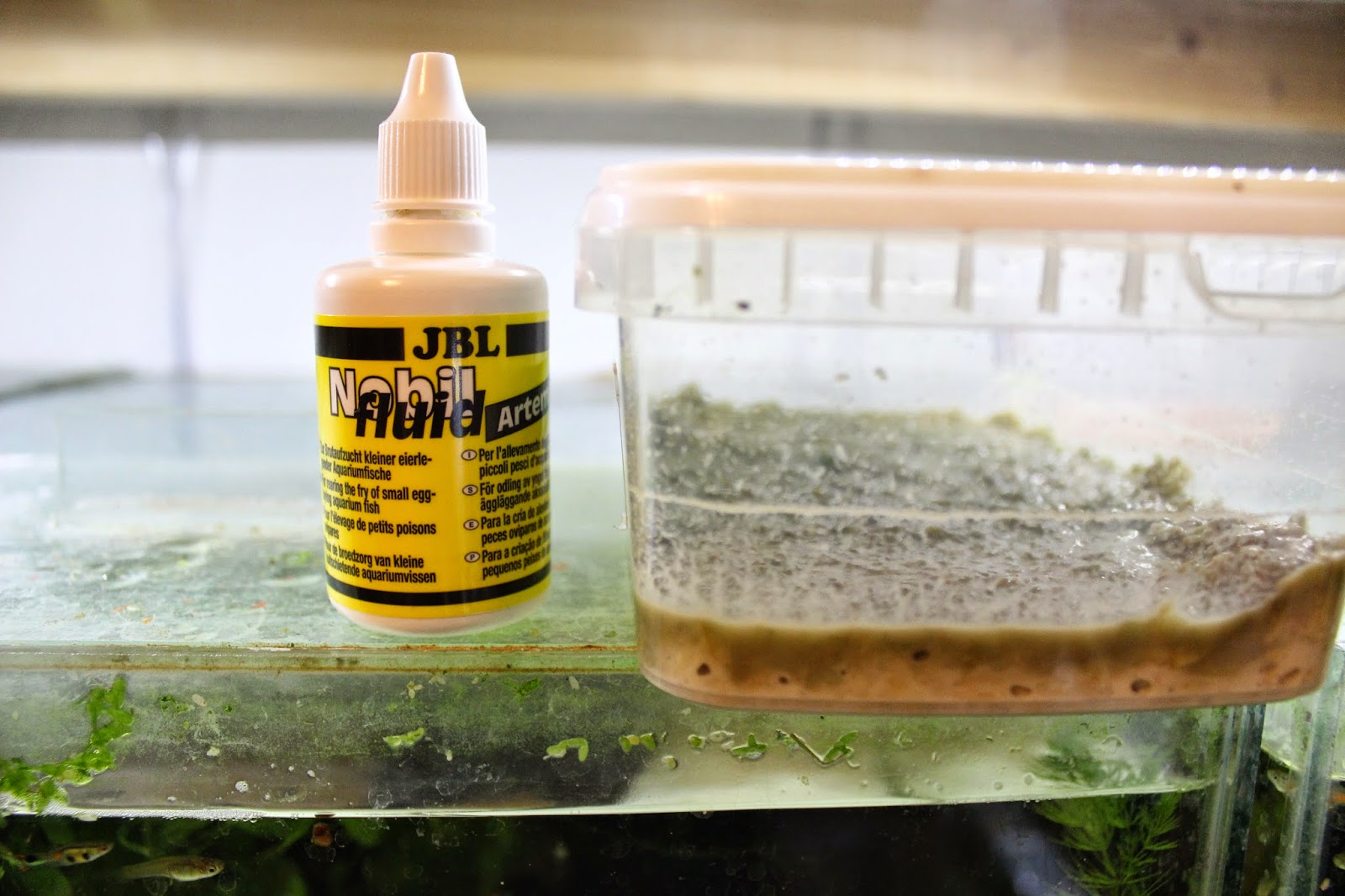