New species spawning for me!

So, it's been really long time since I had a real fish-update on my blog. Simply due to being busy looking for a new job, building a playhouse for my son and refitting the fishroom (which is still not finished!).

Recently I redistributed some Corydoras in my rack with 30 litre tanks. After being occupied by Poecilia wingei of various forms for a couple of years it was now time to get back in the Cory-game!

One of the species I wanted to try was my C129. I have kept them on 2 occasions - the fist group I had for a few years but they refused to spawn no matter what I tried so eventually they were sold off during a clean-out.

Two years ago I bought some again. They came as Corydoras sp. "Victoria" via Glaser, and although I had hoped for CW30 it turned out to be C129 as expected. Still a nice species that I hadn't succeeded with so why not try it again? It has been two years and only now did I actually do something about it!
After 4 days there was eggs this morning, spread evenly on the glass in 1-2-3s all over the tank. Now time will tell if the eggs will hatch and fry can be raised. 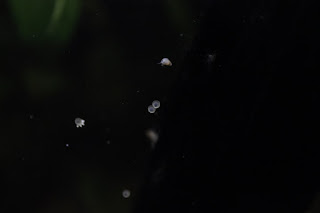 The tank. The big chestnut-leaf was added yesterday. Trigger? 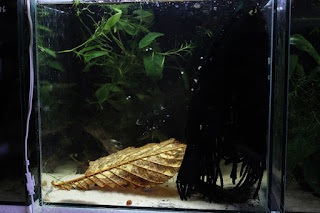 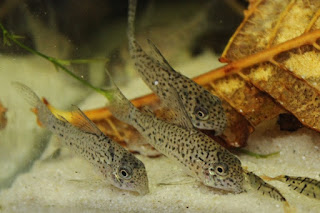 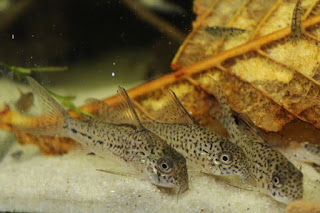 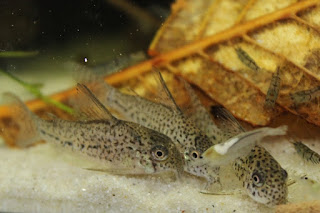 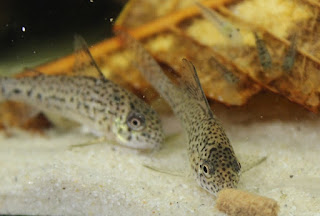 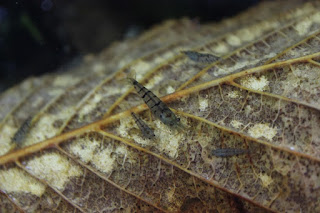 I am moving some pictures around between folders. This might give some missing pictures here and there. I hope to be over the problem soon! 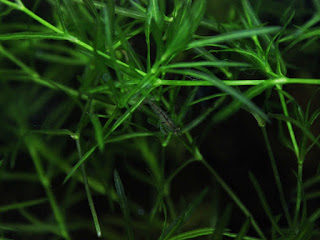 Previously I showed a few bits from my outdoors-project here and here. It was the worst season ever, looking at the amount of breeding. Actually only Tanichthys albonubes reproduced themselves, even those only in small numbers.

But the fish and shrimp that I took in over the last week really showed some great colours and they have grown well over the summer. Here's a few: 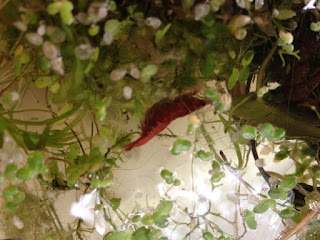 Probably descendant from Carbon Blue Rili. I had some leftovers from a colony that were not selected strictly and several varieties had popped up. 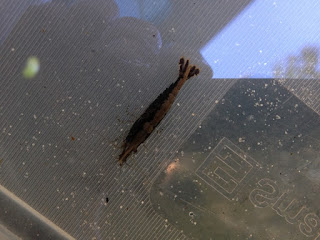 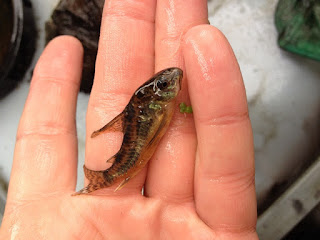 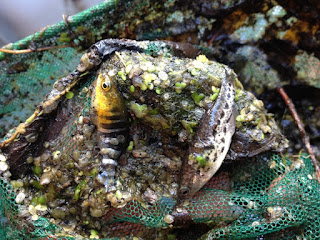 The fishroom re-build is coming along in steps. The racks are running and I'm down to 39 tanks. Instead of the 54-litres, I set up some 16 and 70 litres. More pictures will follow. I have also bought some new LED-lights that need to be assembled. A project for the winther! 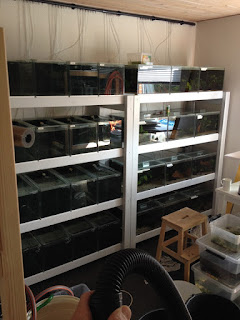 The worst part of an operation like this is the potential losses of stock while it goes on. The ones that took the biggest strike was my Caridina mariae "Red Tiger". They caught what I suppose was a bactierial infection of some kind. I was able to stop the deaths with JBL Furanol 2 (the only remedy I had in stock) as Cattappa leaves, Alder cones etc. didn't seem to help. As soon as I carried out a waterchange, the deaths would start again and evetually all the shrimps died. Snails and fish were totally unaffected. I was told Baytril Vet. would probably help, but I was not able to find a veterinarian to deliver.
I have restocked from a couple of German suppliers, among others Uwe Zeitler, who delivered perfectly packed specimens. 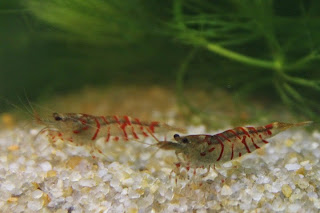 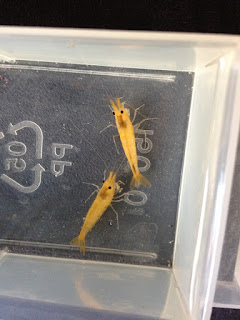 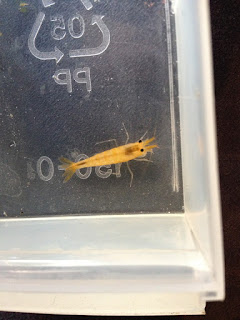 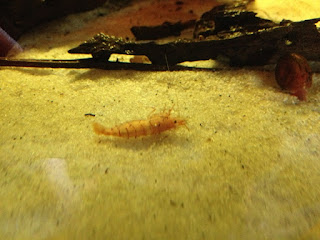