Late last year I got a few Quintana atrizona, a species I had looked for for some time. Unfortunately I chose to try keeping them with Poecilia wingei...lesson learned; it was a bad idea. Even though the wingei did not seem to bother the Quintanas at first sight, the Quintanas just disappeared little by little.
A bit later I got some new fish from fellow  Poecilia Scandinavia member Peter Iversen. An old strain from 1987, caught in Guanimar, Cuba. 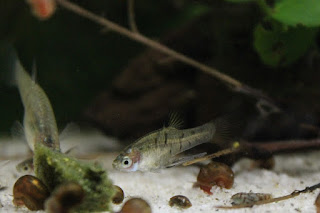 The Quintanas got their own little tank of 30 litres with a sand substrate and some bogwood with Anubias tied on. Water straight from the tap, around pH 7,5. Temperature around 23-26C. A lot of filamentous algae growing in the HMF-filter seems good for grazing. Also the shrimp in their tank, a wild-type I'm not shure of regarding ID, enjoys this part a lot. 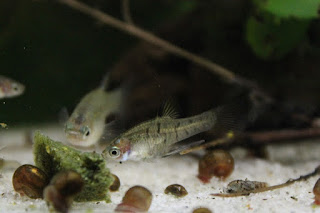 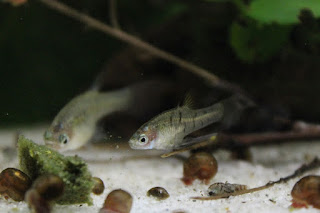 Female with more family behind it. 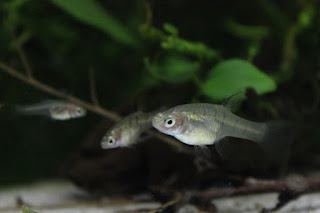 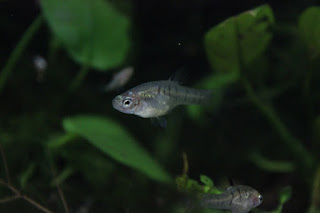 The species seem to be at home here, so I hope to keep them going for a long time this time. I have cut back considerably on the livebearers but these small ones I want to give some space.
They seem to be very sporadicly distributed in the hobby. I know only two people who keep them here in Denmark; Peter and myself. Hopefully this will change. They deserve more attention. 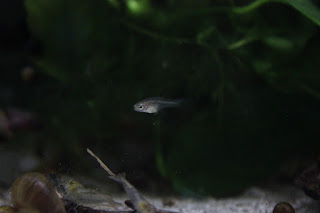 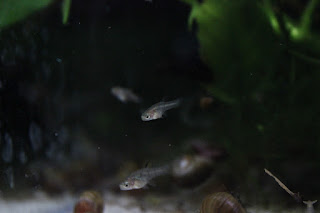 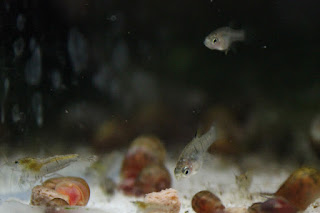