Elegans and finally some nijsseni success!

Normally we don't see too many real Peruvian elegans in Danish shops; most are CW44 imported via Manaus, so when I saw some I had to get them.

I've looked at my group of Corydoras elegans frequently over the last couple of years, but I always put something else in the breeding tank until recently when I decided finally to give them a go.

Sexing Corydoras elegans is quite easy; both dorsal fin pattern and bodyshape is different between the sexes. 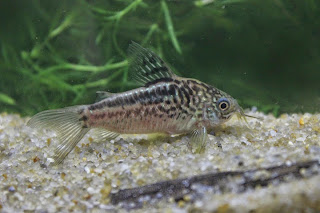 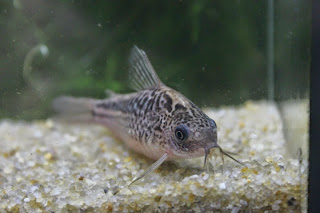 From above; female left, male right. 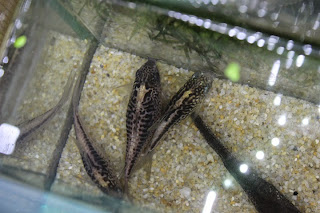 Into the tank they went along with frozen bloodworms, a big waterchange with cold rainwater and some Cattappa-leaves. Two days later a few eggs were seen where the current had swept the tank floor of sand.
I collected the eggs and incubated them in a plastic container with an airline without an airstone. This gives gentler, bigger bubbles.
The eggs are very small. Only CW08-eggs are as small, at least from memory.

A few of the eggs hatched, but I lost the fry quite quicly, probably due to forgetting to add a few ramshorn snails to the hatching container.

Hopefully I will have the chance again soon! At the moment they are staying in the breeding tank for more attempts. 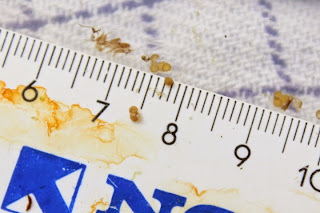 A few biotope shots of a place we caught numerous C. elegans on my trip to Peru in 2008: 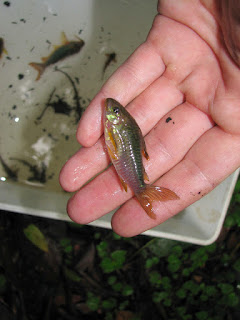 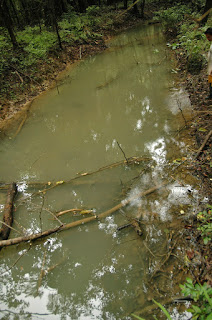 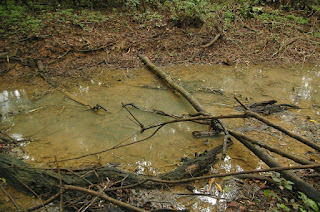 Loricariidae-nut Erlend Bertelsen (Norway) in black shirt, me in dark blue in the water. 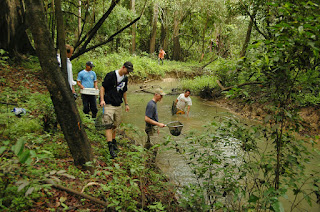 Another thing worth mentioning is that my Corydoras nijsseni spawned again and I had a good hatch rate. Hopefully I can raise some this time!

So far they are with some Danio margaritatus fry in a fry container eating well. 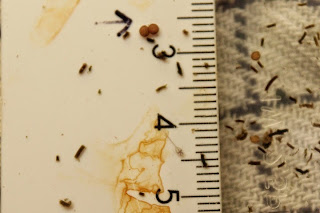