Sawbwa resplendens remains to be one of the absolute prettiest fish for me. I kept and bred them some years back and recently I found them in one of my favourite fish-shops, Unimati in Randers, Denmark. Both sexes were well represented, so 3 pairs were taken home (along with several other interesting species, but more on that later!).

Coming from Lake Inle in Myanmar, this species likes "cooler" water around 18-20C. and a pH in the higher end (pH 7-8) and quite hard water. 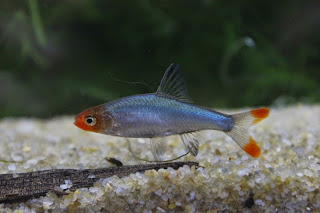 Conditioned with live food like newly hatched Artemia, fresh caught Daphnia and Cyclops along with various dry foods the females were bulging after a few days. All 3 pairs were placed in a 16 litre tank with water straight from the tap; pH around 7,5 and 400-450 ms/cm. Temperature around 20C.
A small sponge filter and a good amount of mops were added. I previously used floating Anubias for spawning medium, but wanted to thy mops instead to see if egg-eating could be minimized.
After a couple of days the mops remained empty. Perhaps sunken mops were not a good idea, even if they were piled up to almost reach the surface? A handfull of Anubias were added and within an hour, action began!


Pictures from the spawning tank. 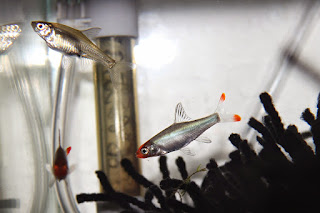 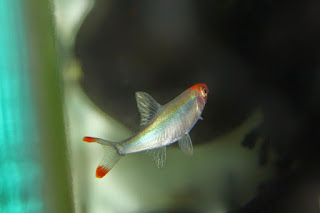 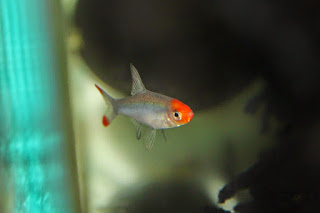 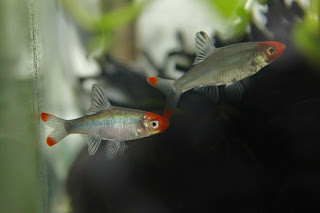 Eggs on the underside of an Anubias-leaf. 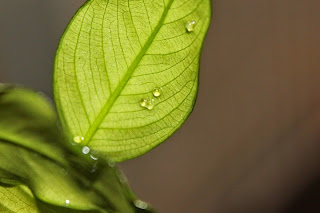 The Anubias with eggs were incubated in a plastic container with water from the tank. No anti-fungal remedies or anything else. After a few days fry appeared: 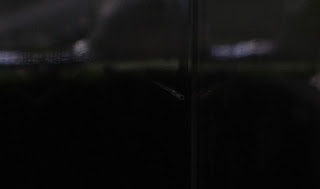 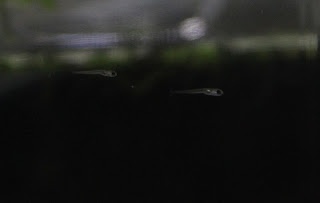 The fry are tiny and need very small food-items. I use JBL NobilFluid and dried egg-yolk.
After some time, babanaworms and Artemia nauplii is introduced. The growth of Sawbwa fry is so slow you almost don't believe it, but seeing a swarm of youngsters makes it worthwhile!

I also too a few pictures in my photo-tank:


Pair; female above, male below. 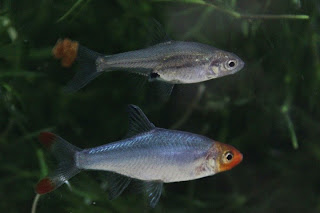 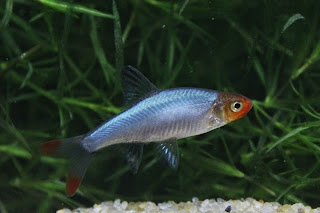 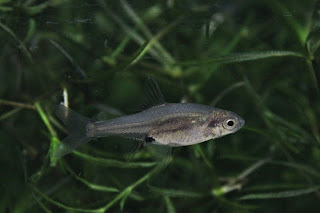