A few years ago I closed down my rack of 40 tanks I used for breeding killies due to lack of time and other things.

Recently it was time to add some killies to my room again and I chose to try a species I have looked at numerous times but they never made the way into my collection. This species is Aphyosemion celiae celiae with the location code "CXC 21 Téké", wich seems to be very widespread in the hobby and fairly easy to get hold of. 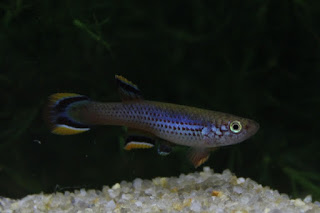 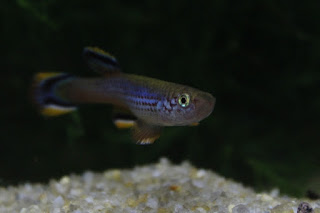 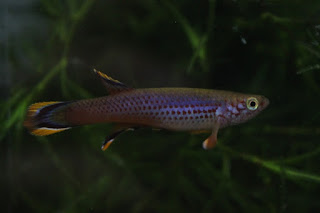 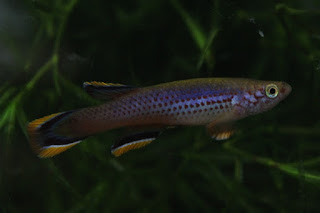 Females is another story; even for an Aphyosemion female, these are very anonymous looking. 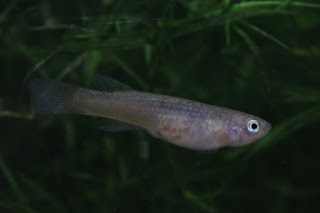 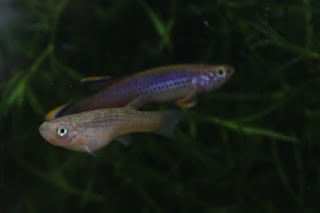 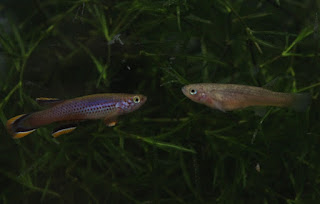 The species comes from an area north east of Kumba in Cameroon where it was found and later described by Danish Killi-expert Jorgen Scheel. Aphyosemion celiae celiae lives mainly in small forest streams and tolerates quite a wide pH-range, reported from around 6 to over 7 and a temperature around 23-24C. Water hardness can be quite high too. All in all a hardy killifish!

I recieved a few pairs from two different breeders and installed them in two 16 litre tanks with rainwater, an airdriven spongefilter, a piece of bogwood and an Anubias. A spawning mop and some black, rounded gravel was added.
For food they had a few different types of granules but mostly they were fed newly hatched Artemia and fresh caught Daphnia, mosquite larvae etc. 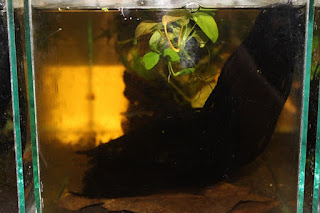 One pair spawned within 24 hrs., but they were also very well conditioned already when I got them. The others took a while.
Eggs are smaller than I am used to from Aph. striatum etc., but seems very resistant and not prone to fungus.
I incubate the eggs in small plastic containers from foods with rainwater and a small piece of Cattappa-leaf.


Egg in mop. Scale is millimetres. 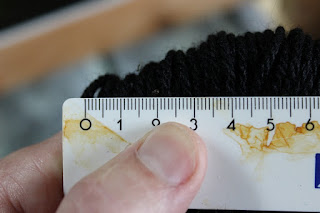 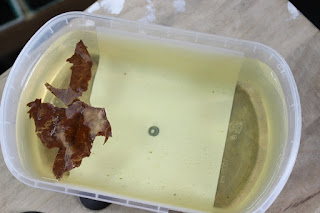 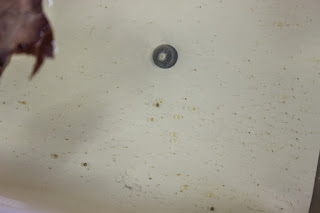 Hatching occurs after approximately 20 days and I move the fry to a larger box and keep them there for a while before moving them to a real tank.
From the beginning the fry are fed Bananaworms and after a few days Artemia nauplii are offered. 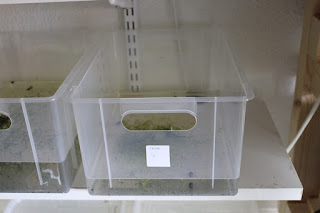 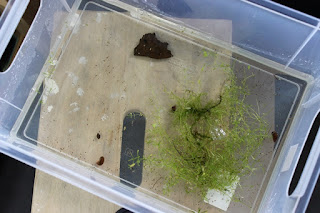 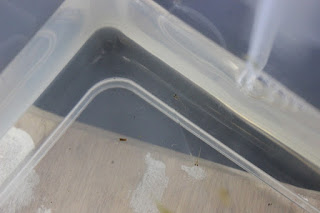