In december 2013 I bought 15 Caridina sp. Galaxy Tiger from a German webshop. What arrived was apparently a mix of at least 2 species; the Galaxy Tigers and some other similar sized shrimp with a backstripe.
So far I only have a couple of Galaxys left. Perhaps my water parameters are wrong for these and rainwater would have been a better choice, but you never really know until you try! No berried ones spotted so far.
The other type has been berried a few times. I haven't seen any young shrimp yet, but they could well be in there. There is a big pile of leaves in the tank and also the filter-mat to hide in.

These are the types "in the mix" now: 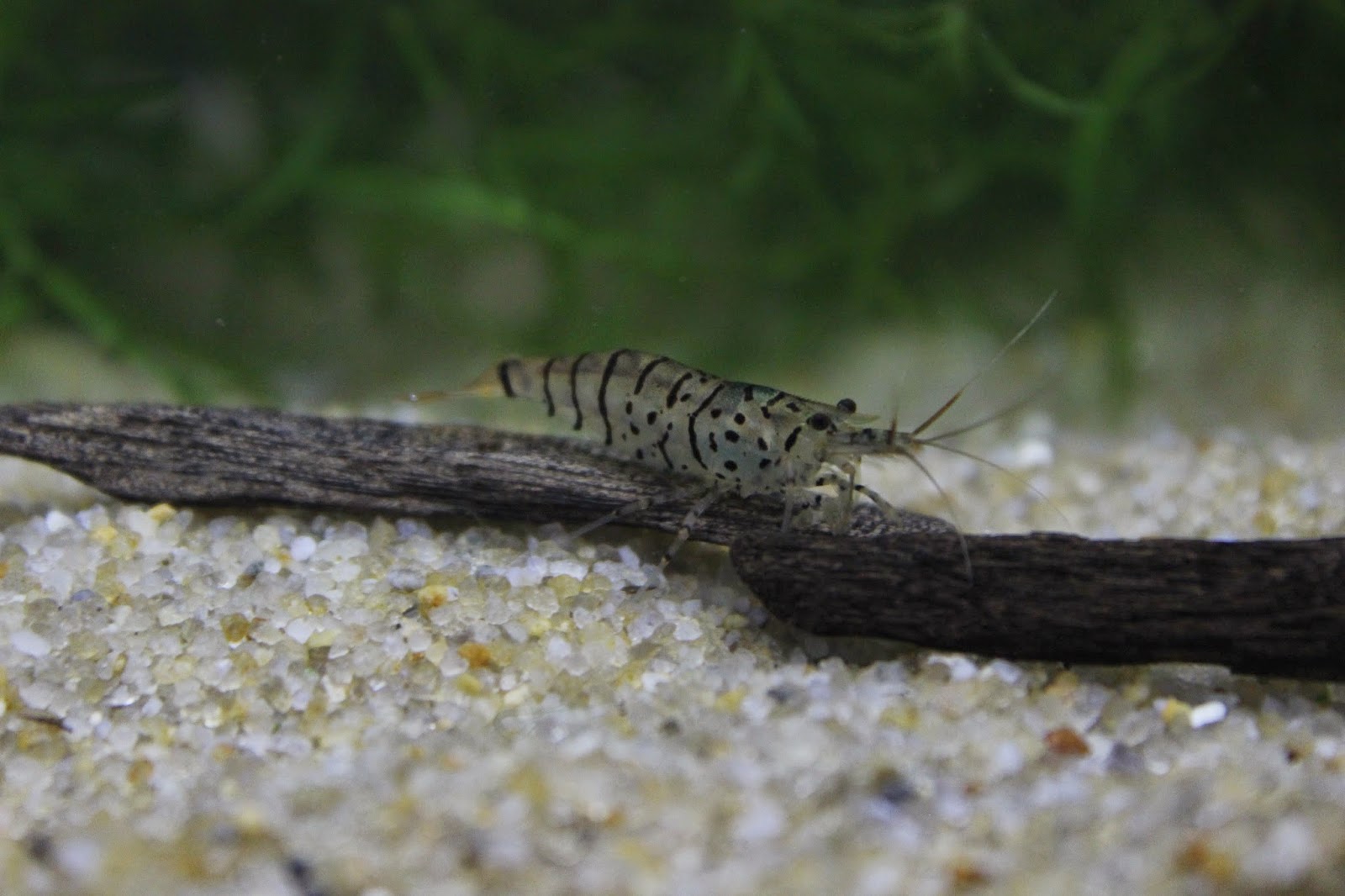 "The other shrimp" with eggs... 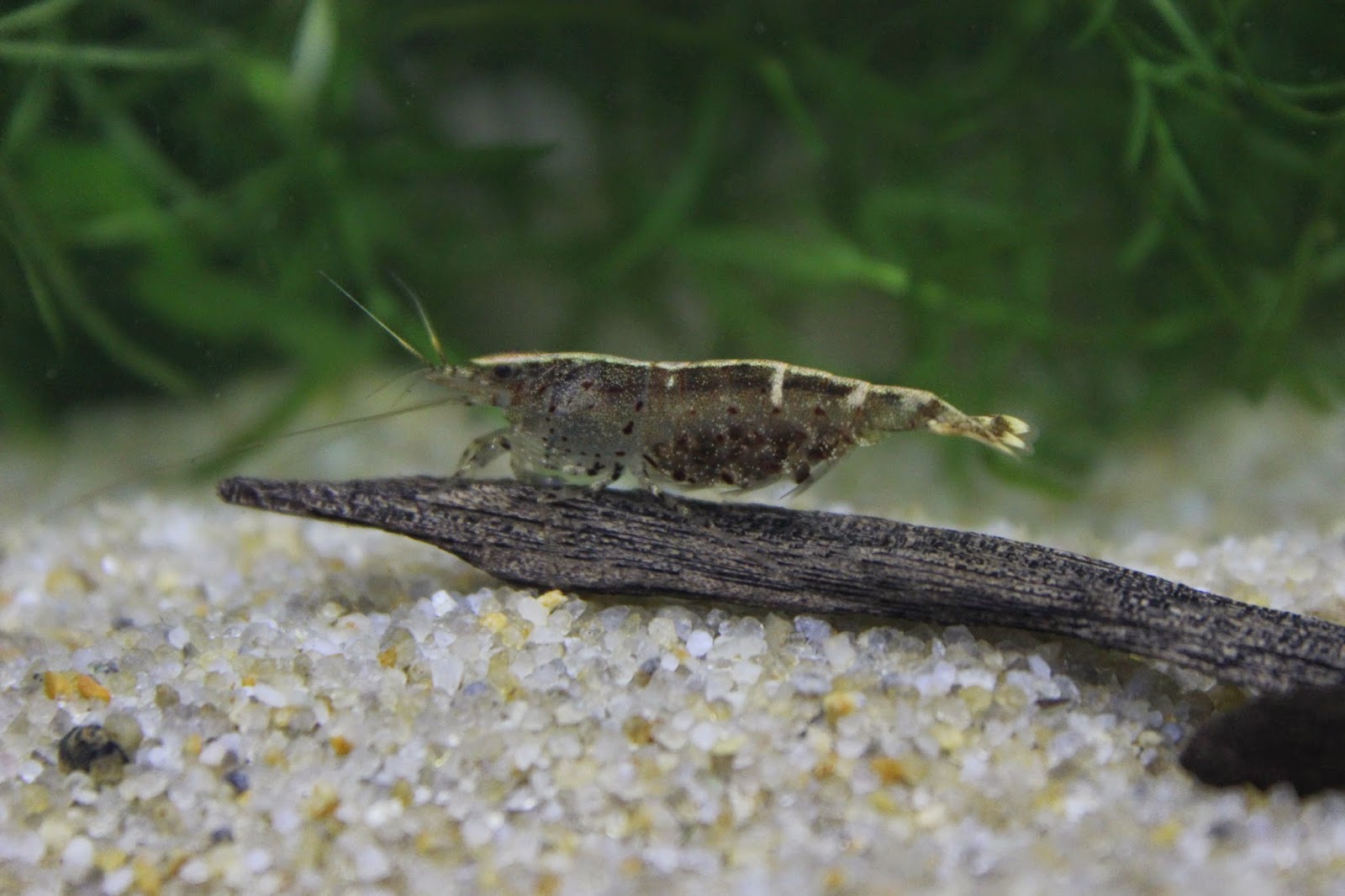 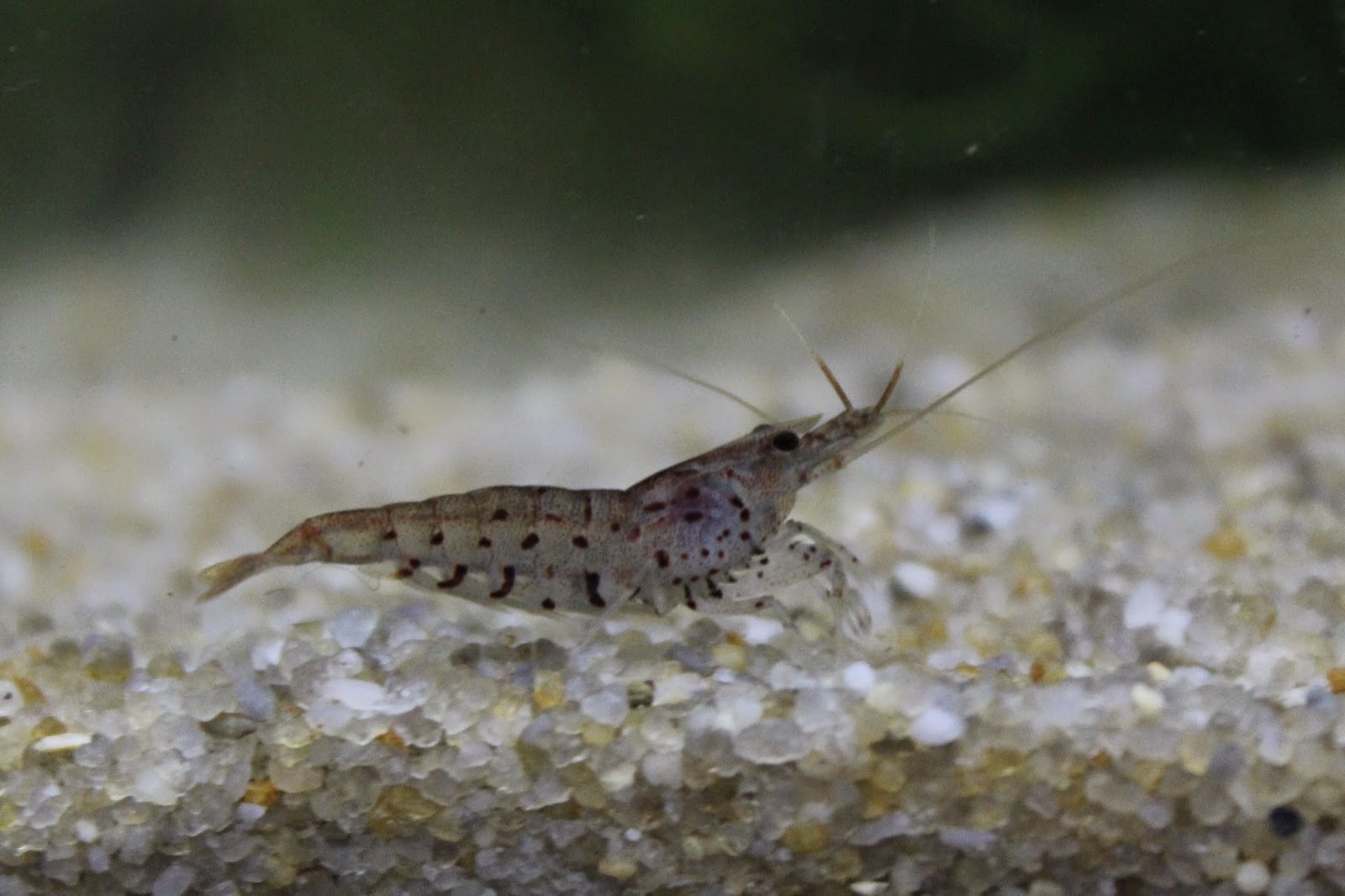 In my Neocaridina davidi "Blue Carbon Rili"-tank a lot of funny things are going on. Of course there are a lot of Blue Carbons, but also Carbon Rili, light blue shrimp of various intensities and a few completely black ones have come out from there...and some with a "Red Hat". Perhaps not the most exotic pattern, but still very different from all other types from that tank. So far around 10 have been transferred to another tank just to see how they develop. 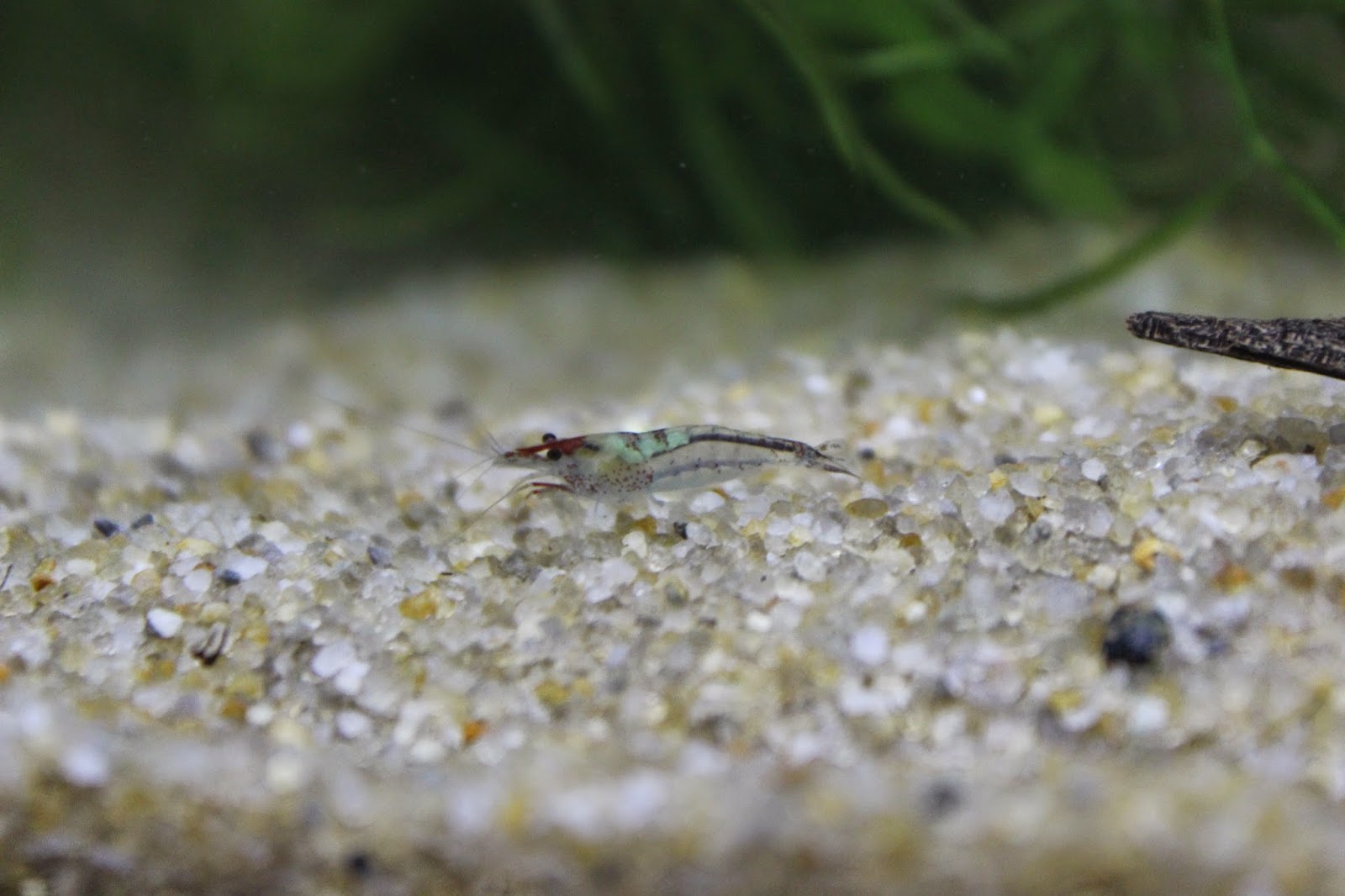 Regarding my other shrimp, a lot of Green Jade shrimplets have been spotted. It will be exciting to see how they develop. So far they look green(ish).
The adults are green, although not the same green colour as shown on the webshop they were bought from.
All but one were females. All the females had a very prominent yellow backstripe, the male were more anonymous. 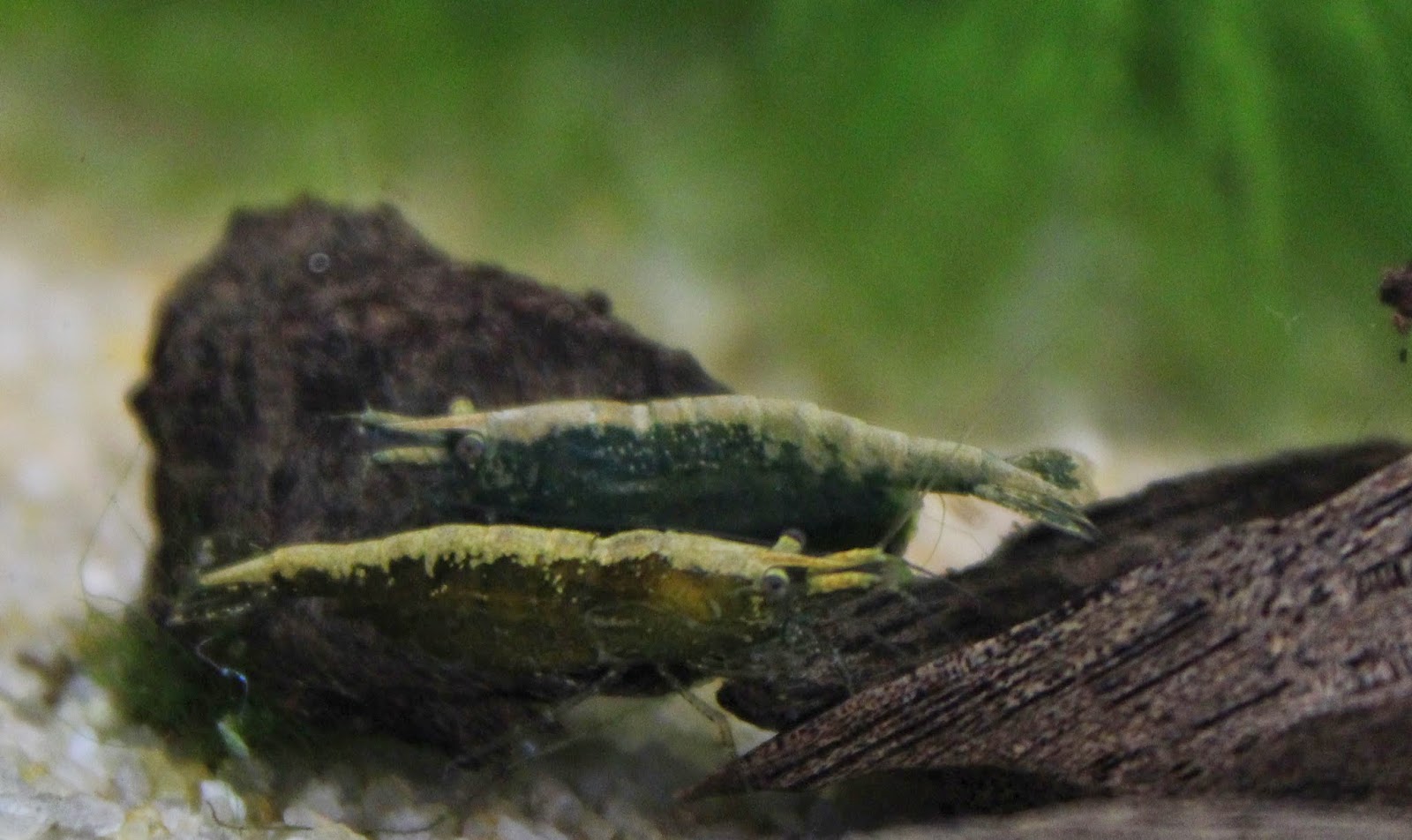 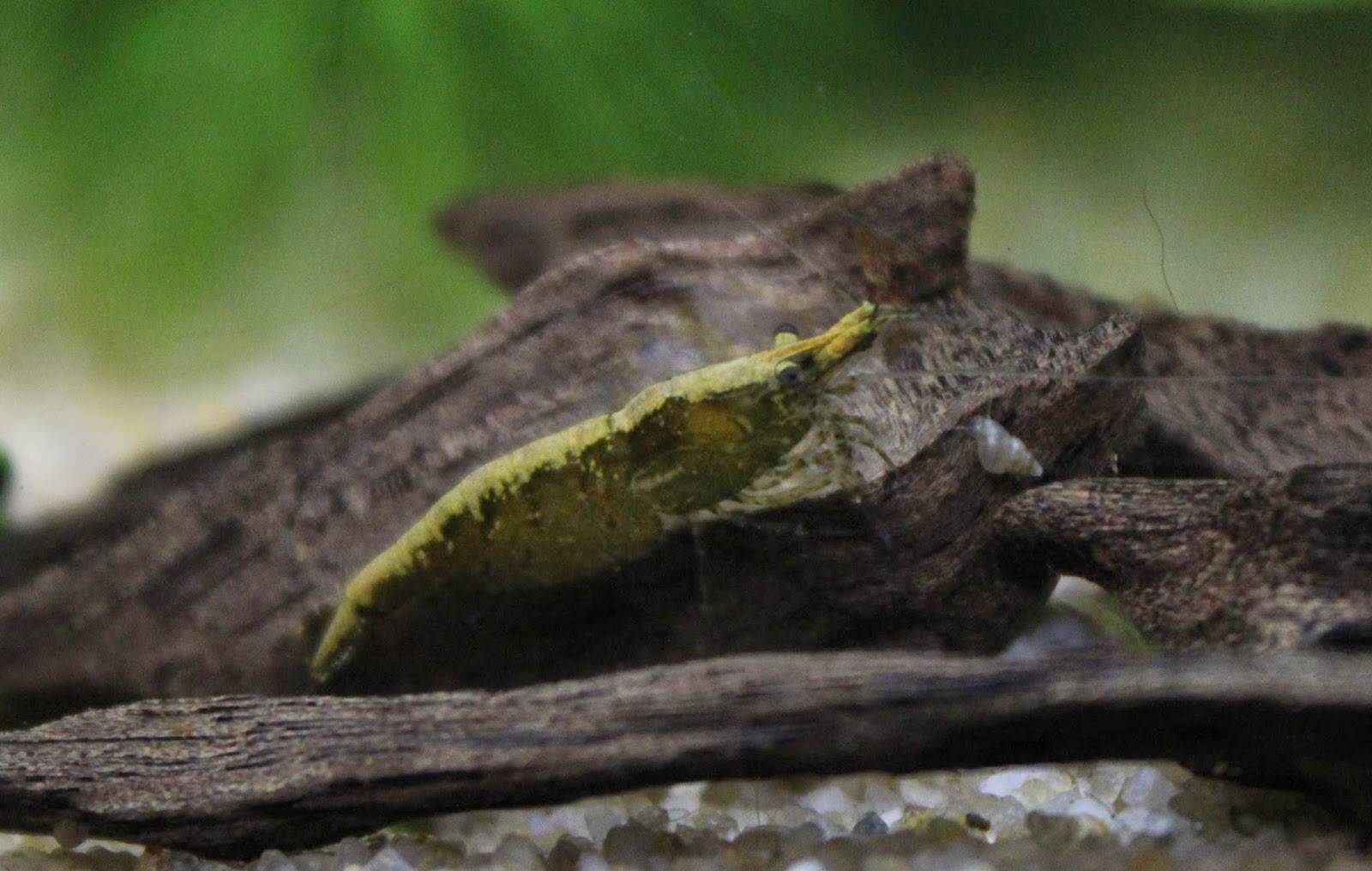 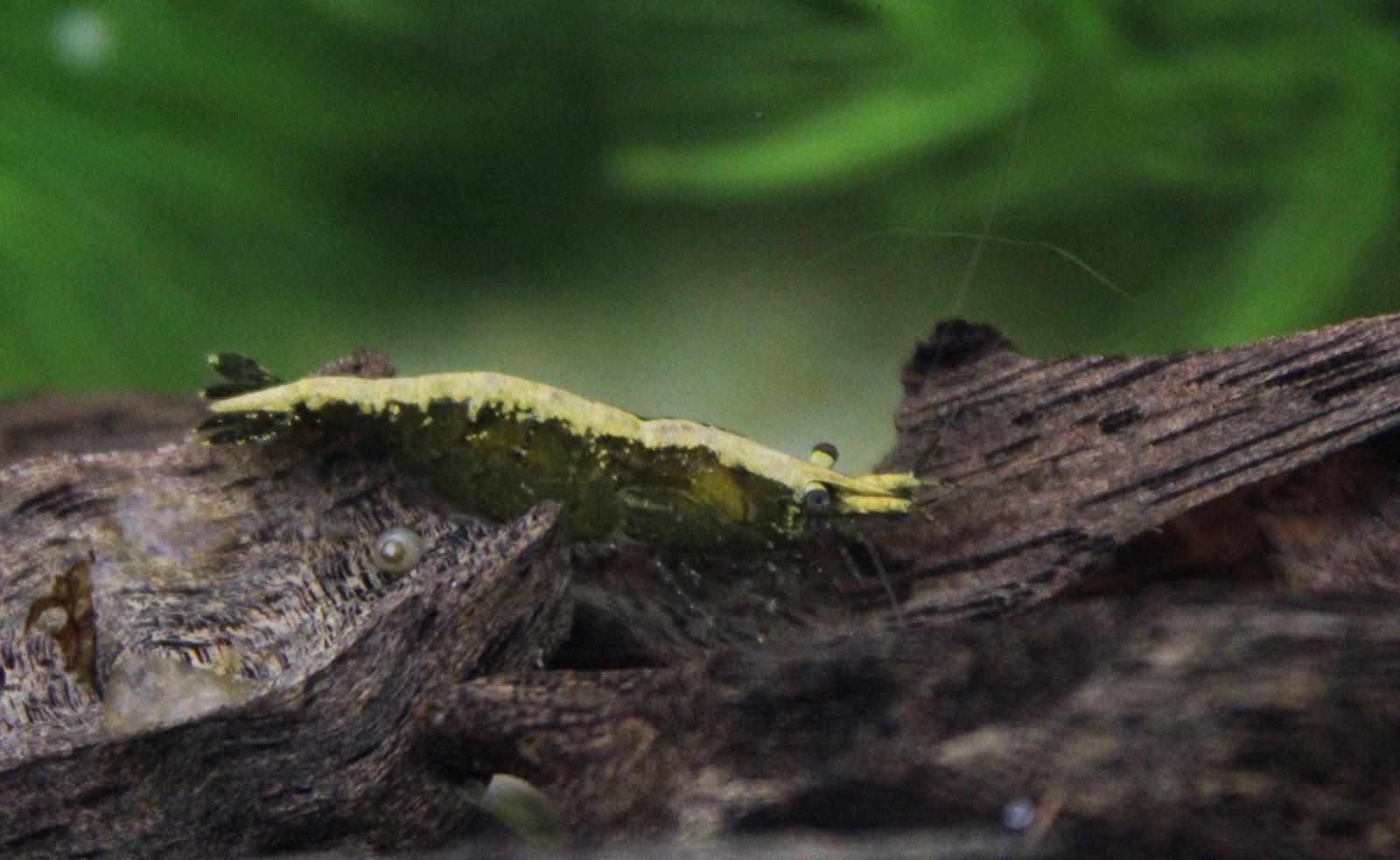 A few shots taken with my phone in the tank they share with some Poecilia wingei. The youngsters look like they will be green. 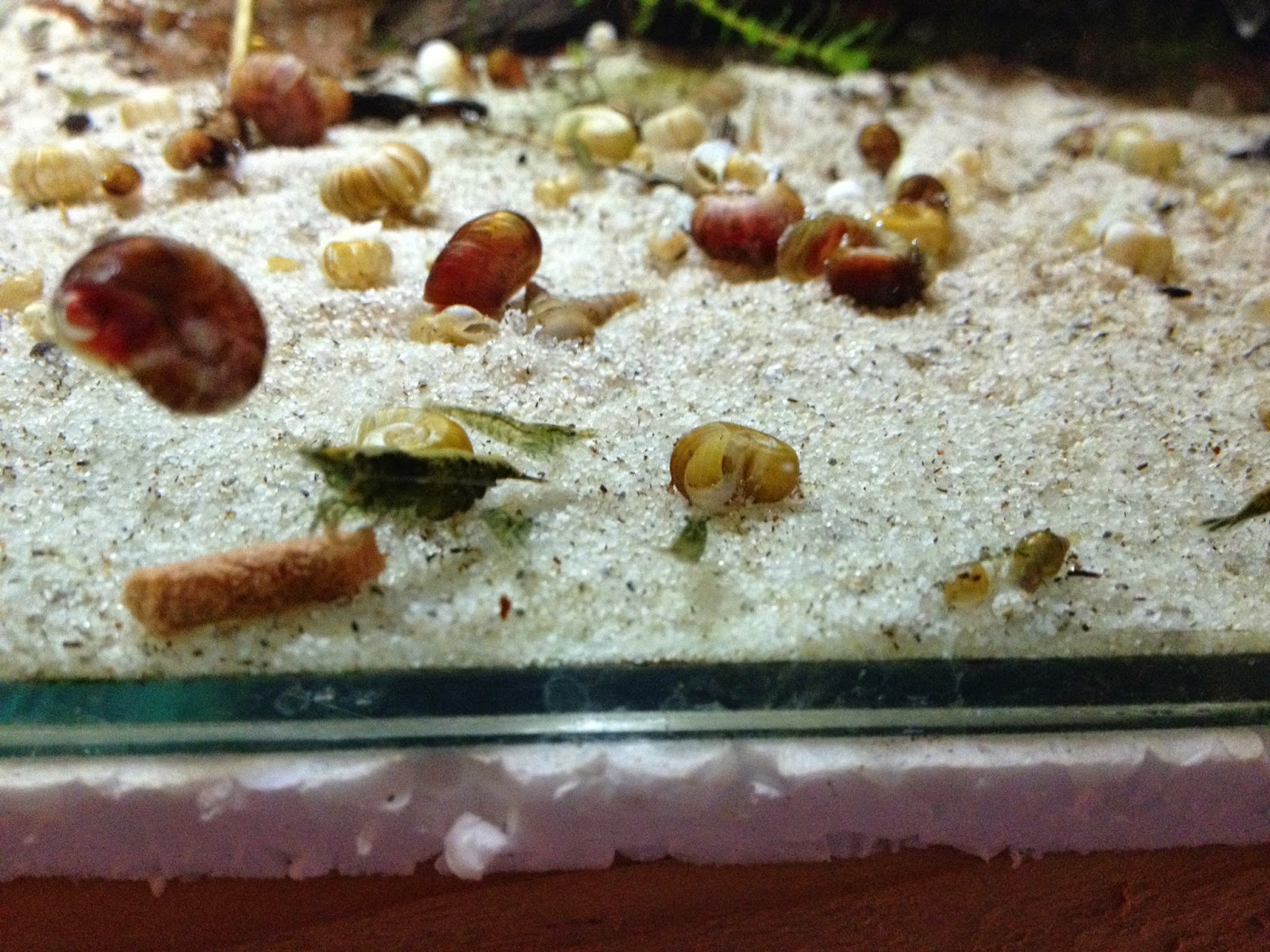 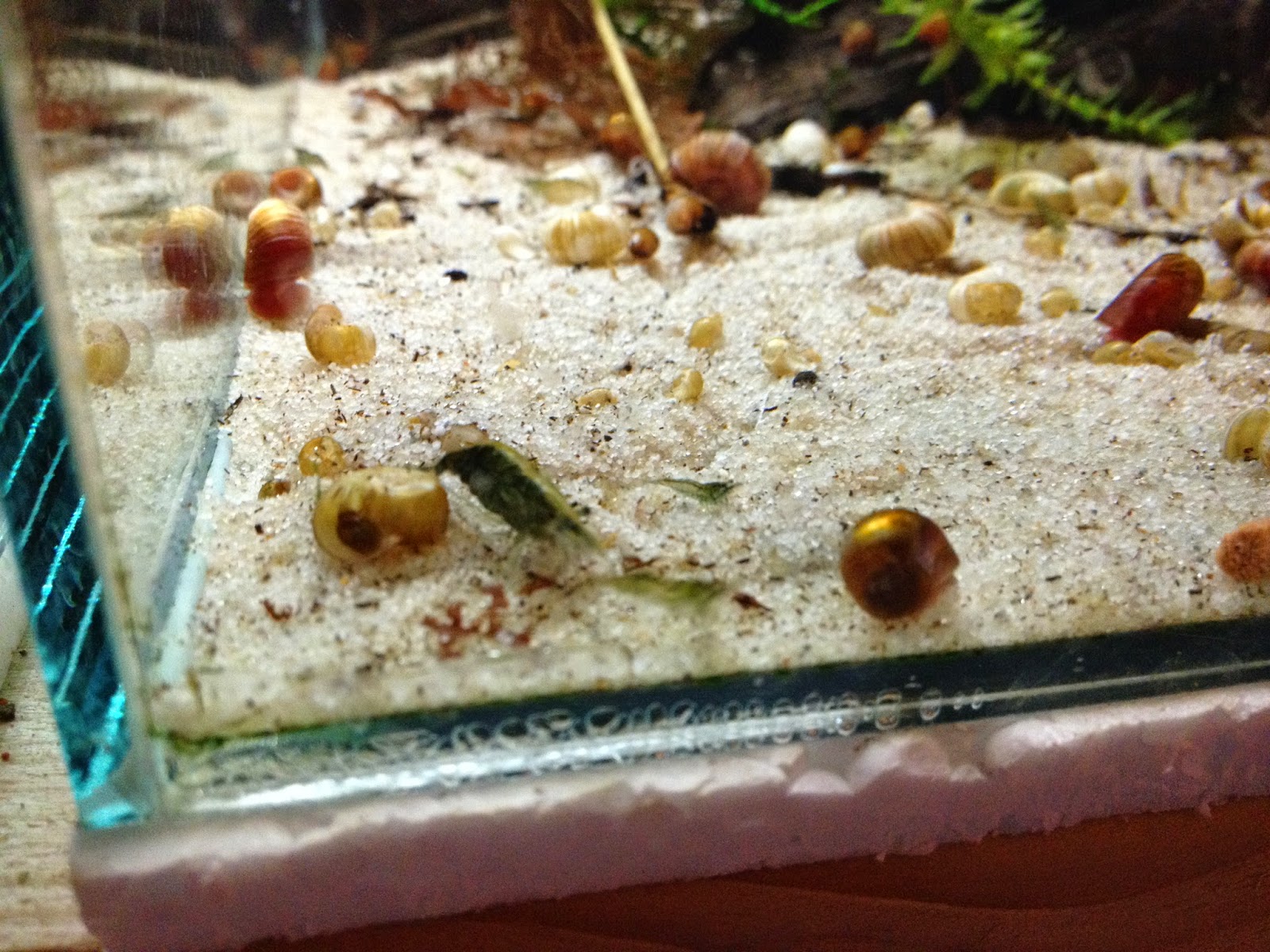 And then again; there's a few orange ones as well! They are taken out and put into another tank. 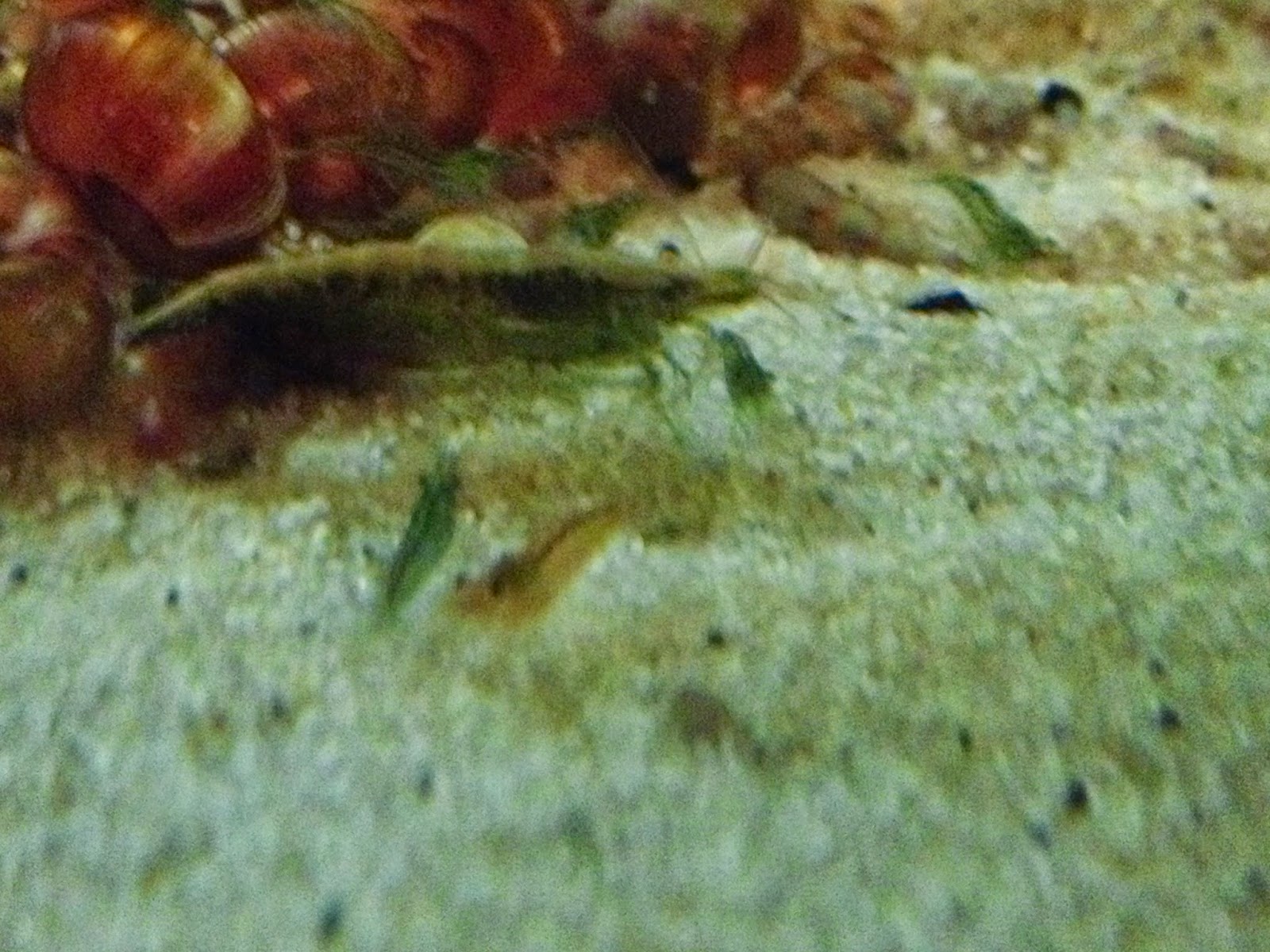 Shrimplets have also been spotted in my N. davidi "Yellow Fire Neon"-tank and in the tanks with red and deep blue Caridina mariae. The C. cantonensis "Tangerine Tiger" continues to produce shrimplets too.